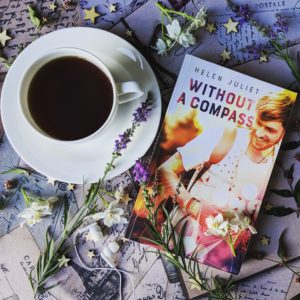 Things have been moving VERY fast around here!

Without a Compass was released on August 24th and Blimey O'Riley am I thrilled with the reception you guys gave it. Thank you so much!

My big news is that I am launching a second pen name. HJ Welch will be writing books based in the USA with American spelling/grammar/words and American characters (mostly, the odd Brit might slip in lol).

I'll be releasing details of the new books soon, but for now I'll tell you that the tentative plan is to write a five part series and release the first one on September 12th…we'll see if that actually happens!